About the Foundation
Other Grants
Application Form
Contact Us 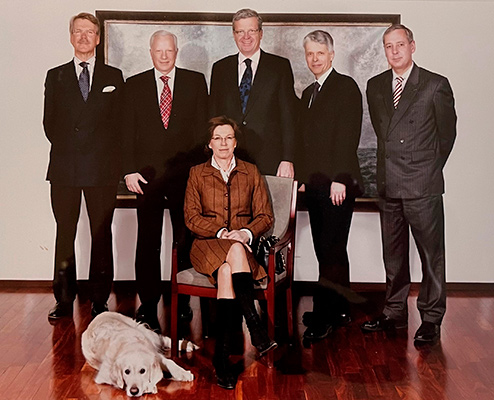 The Saara and Björn Wahlroos foundation was established in 2002 to support and encourage research and debate on financial and social issues. Based on its endowment, it provides grants and other means of support to postdoctorate scholars, researchers, journalists and others engaged in public debate or scholarly work on pertinent social and economic issues. It also receives charitable contributions in support of its work and is registered as a charitable institution under Finnish law.

Inquiries and requests for more information on eligibility can be directed to the Foundation Secretary, Ms. Charlotta Olkinuora: .

Other grants to publications and journalism

Kustaa Hulkko: Pihalla kuin lumiukko ("Haven't got a clue") Edita, Helsinki 2004, is a study of economic policy decision making in Finland in the early 1990's. Mr. Hulkko, a senior staff reporter of the Finnish business daily Kauppalehti, using the minutes of the supervisory board of the Bank of Finland, illuminates the process that lead up to the monetary policy failures that produced the devaluations of 1991 and 1992 and the subsequent economic depression.

Johan Norberg: Globaalin kapitalismin puolustus (In Defence of Global Capitalism) Ajatus, Jyväskylä 2004, is a Finnish language translation of the author's original work in Swedish. Dr. Norberg is a fellow of the Stockholm-based think-tank Timbro. In his important book he makes a compelling argument in favour of free trade and free movement of capital, directed against the ill-informed and often misleading criticism by activists of the left.

Requests for more information can be directed to the Foundation Secretary: